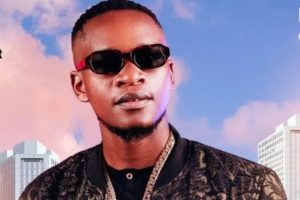 Viewers of Big Brother Titans have called out DJ Deep London over his poor performance during the first Saturday night party.

The disc jockey who performed in the House on Saturday night was condemned by the audience, accused of making the party boring and playing only South African songs that neither thrilled the housemates nor the viewers.

Here are some comments gathered :

@thic_didi: “This person is not a DJ. Wherever they went to kidnap a roadside mixer from. He’s no DJ.”

@itsmariekent: “Nigerians have every right to rant honestly. This is a show that involves two African countries, it’s so unfair to have a DJ play only one song and not even play a single Naija song.”

@@Lindo_T15: “For everyone who is confused out there, we as South Africans are also confused. We really don’t know what the DJ is playing. We have plenty of nice songs in SA, and the ones he’s playing are just to deep.”

@TWEETORACLE: “The DJ is the Biggest problem of this party tonight. Honestly wish I can bundle him out of there sef.”

@Narine_: “I’m done, turned off my TV. This party tonight would go down in history as the WORST party ever in the History of Big Brother thanks to DJ Deep London whatever. He just underrated SA tonight.”

@Tifemi996: “In whatever you are doing in this life, don’t ever trust SA DJ with ur club business. I don’t know what this one is playing with all these amapiano we have been hearing so far, is this what this DEEP LONDON can come up with?”

@lere_breed: “Nigerians let’s just admit this is big brother SA. they are just using us to draw attention to the show in SA if the DJ decides to be foolish the organizers can act like they don’t know what’s going on.”

@kuvorr: “South Africans obviously needed Nigerians to help give their show wider coverage. If not, what the hell is this DJ playing? everything about the show has literally been about their country, a South African would obviously win the show.”