#BBTitans: “I’m Done With Yemi” – Khosi Says As She Narrates How She Almost Embarrassed Him On The Dance Floor (Video) 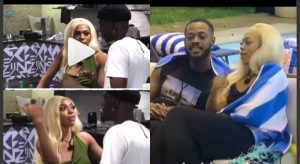 Recall the two lovebirds hit it off on the first day of the show and eventually proceeded to sharing a bed and kisses. 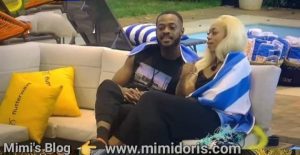 However Yemi who didn’t seem to be very committed was seen flocking around other ladies which got Khosi upset.

At some point Khosi had to tell him that she wasn’t okay with his closeness to other female housemates but the discussion didn’t seem to end well.

It got really bad after the recent arrival of Blue Aiva as Yemi completely switched from Khosi to her.

Khosi could be seen complaining bitterly to other housemates about Yemi’s disloyalty.

Despite her likeness for him, she had to put herself first and officially called it quit with him.

However, Yemi who spent most of the night dancing with Blue Aiva went ahead to approach Khosi for a dance.

She got upset and told him that she wasn’t interested but Yemi refused to get the message and continued dancing by her side. 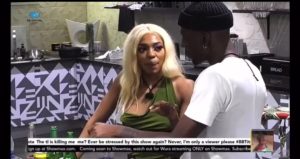 Khosi who was narrating what transpired to Mmeli revealed that she almost embarrassed him but decided to control her emotions due to other housemates.