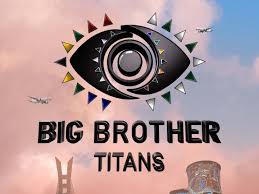 Some South African ‘giants’ were unveiled on Sunday night to compete against their Nigerian fellows as the much anticipated remodelled version of the Big Brother Naija reality show, Big Brother Titans [BB Titans], finally commenced.

Recall that Multichoice Nigeria CEO, John Ugbe, had announced dates and highlights of the reality show earlier on December 15, 2022, during a press conference.

The organizers had promised that BB Titans, which will have Nigerian and South African ‘giants’ cohabitate for 72 days engaging in a series of activities, will be more intriguing than expected.

The first BBTitan housemate to be unveiled on Sunday night was Khosi, Naija News reports. She is 25 years of age and a journalist from KwaZulu-Natal. According to Khosi during her unveiling, she is always misconstrued as a slay queen and would love to date a Nigerian man. “If you deserve fire, then fire shall come to you,” Khosi said.

Juicy Jay is 24 years old. He is a Rugby player from the Eastern Cape. Jay pride himself of not just trying in playing, he said he also scores.

He described himself as a character and a troublemaker who has the energy to burn. Despite his charming smile, the Rugby player may not be bringing peace to the house.