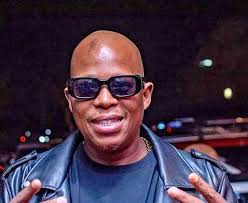 The above stated biography of Mampintsha is detailed with his Name, Age, Career, wife, net worth, works(songs and albums) death and lifetime. And after this worthy biography, you should be enlightened with what exactly is needful.

Mampintsha musical career began in 2002 when he and his buddies Mzi “Danger” Tshomela and the late Sbusiso “R Mashesha” Khoma founded the Big Nuz band. They grew up together as brothers in Umlazi, KwaZulu-Natal and the group was named after the licence plate prefix for all vehicles registered in Umlazi.

After forming the group they moved to Johannesburg in hopes of scoring a record deal. During the same year, they had an opportunity to perform a jingle on a television series, Backstage on eTv. Their performance landed them a recording contract.

They had complications with their record label as they worked with Koloi Lebone and Beatmaker recording music which never got released.

In 2004, they worked with a Kwaito giant artist at the time, Ishmael who featured them in the song Boom Boom. Six studio albums have been produced by the group. It was best known for the group’s hit Umlilo in the early 2000s. The song took the country by storm with everyone singing “uzungawothi”. R Mashesha died on 7 August 2015 and Danger is last remaining member of the group.

The group has just reunited and released a new December banger album in honour of their late group member. The single Ngeke topped the charts after it was released on 25 November.

He was married to Wololo hitmaker, Babes Wodumo, real name Bongekile Simelane (28) in 2020 and together they had one child born in 2021.
They have been working on their marriage, as seen on their reality show, Uthando Lodumo.

The news of Mampintsha’s illness was confirmed in a statement released by Afrotainment on 22 December. It was reported that he was in hospital following a stroke after a performance with Big Nuz.
“The family asks that the public and media respect their privacy during this difficult time.
“We ask that you keep him in your prayers. Afrotainment wishes him a speedy recovery and we cannot wait for him to rock our stages again,” the statement read

He passed away in a Durban hospital from a stroke. Manager of the West Ink Records Sbu Ncube confirmed his death to local media.

“Husband, father, musician and West Ink CEO Mandlenkosi Mampintsha Maphumulo has died. Details of his passing cannot be shared with the public.”

Following the artist’s passing, local musicians and other members of the music business expressed their condolences on social media.