Mmeli Won Head of House for Week 1 in BBTitans 2023 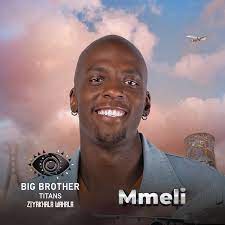 Mmeli Won Head of House for Week 1 in BBTitans 2023

BBTitans 2023 Live reality Show is becoming exciting with all housemates who seem to have come with their best to play and win a Prize worth $100,000 in season 1 of the reality TV show.

The head of the house game challenge started with carrying a ball by the housemate after Biggie instructed them on what to do.

Mmeli has emerged as the winner of the week 1 Head of House challenge for the ‘Ziyakhala Wahala’ edition of the Big Brother Titans 2023 reality show.

The position of Head of House is assumed by a winner of the weekly challenge as instructed by “Biggie, and Mmeli emerged winner of the Hoh week one after the housemate’s competitive nature during the challenge.

It’s a different drama for all housemates. This may, however, put any of the housemates up for possible eviction apart from Mmeli.

Mmeli can now take entire leadership in the Big Brother House for the whole week before playing for the week 1 Head of House contest.

Mmeli picked Ipeleng as her companion to spend the week in the HoH Luxury bedroom. Ipeleng is also immune from nomination this week.

The HOH also enjoys the luxury of a tastefully furnished Head of House Bedroom in Big Brother’s house.

Stay connected for the latest news about Mmeli, the week one Head of House in Big Brother Titans 2023